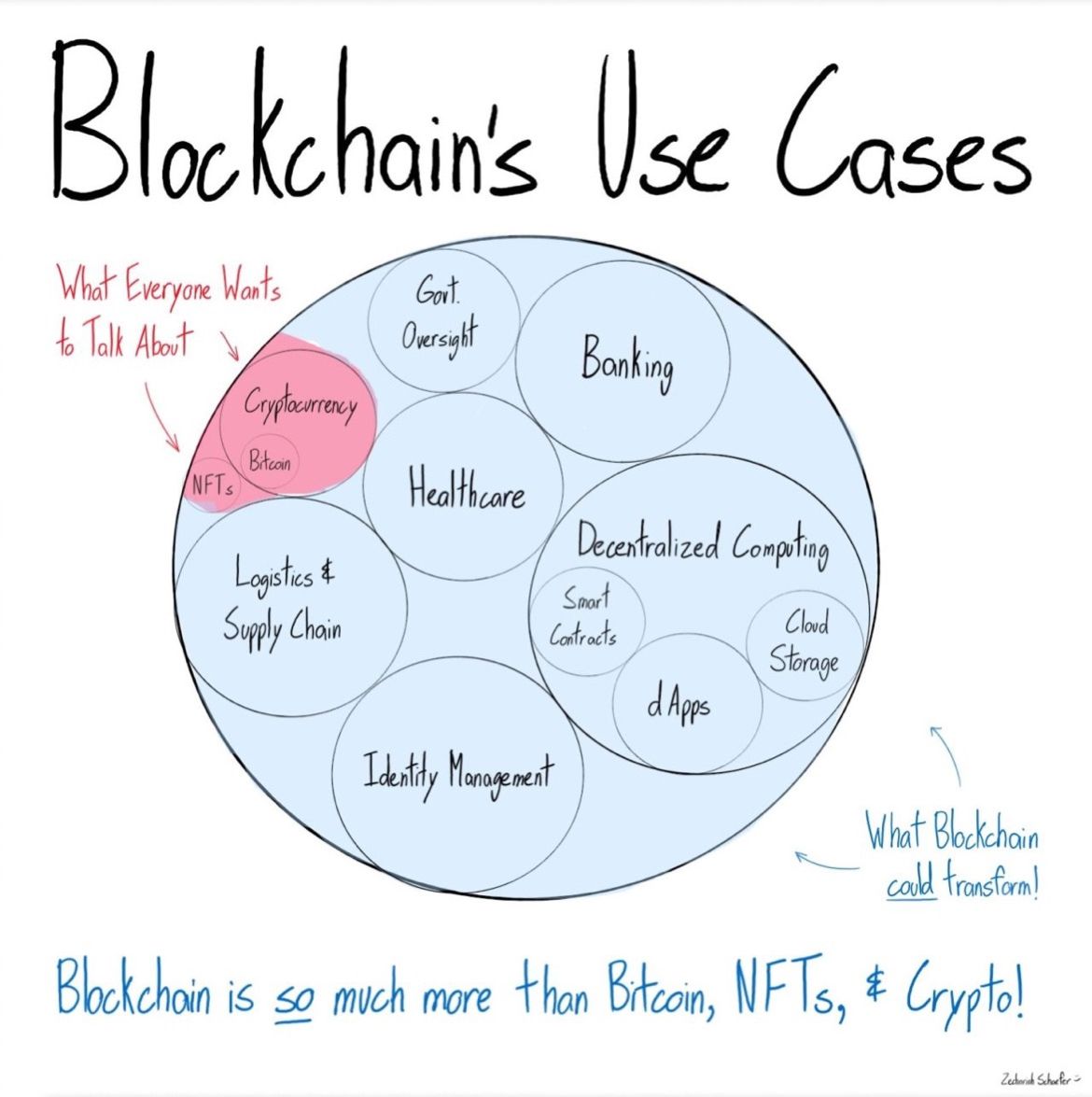 If you were to ask someone on the street “What is blockchain?”, their answer would most likely be "Ummm crypto? Or bitcoin?". For the last several years, crypto has taken center stage in the new transition into "decentralization", and the founding technology has been disregarded. After the recent events with FTX, many are quick to turn on Web 3 and crypto, saying this is the end. However, this is the perfect time to get back to the future.

At its core, blockchain is a decentralized database. This means that instead of storing information in one central location (like traditional databases do), the blockchain distributes it across a network of computers, making it "decentralized".

The advantage of this is that it makes the data much more difficult to hack or corrupt since there is no single point where all the information is stored. The potential applications of this technology are vast and far-reaching. Some of the most promising use cases include decentralized banking, healthcare, identity management, smart contracts, and dApps.

One of the most significant use cases for blockchain is in the banking sector. Currently, banks are central institutions that control the flow of money. They are also intermediaries that charge fees for their services. With blockchain, we can create a decentralized banking system that does not rely on central institutions or intermediaries. This would allow for cheaper and faster transactions without sacrificing security.

Digital wallets like BlockCerts wallet, allow you to store digital currency, trade and exchange outside of a typical bank. It is stored offline, typically on your computer or USB, so it's unhackable and private. Major crypto exchanges like Binance, FTX or Coinbase have digital wallets, however their system is centralized, allowing for repeated hacks of customer accounts.

Another area where blockchain can have a major impact is healthcare. Currently, patient data is stored in centralized databases that are vulnerable to hacks and data breaches. With blockchain, patient data can be stored on a decentralized network that is virtually impossible to hack. This would not only safeguard patient data but also make it more accessible to authorized parties such as doctors and insurers.

Identity theft is currently a major problem all over the world. Every year, millions of people have their identities stolen by hackers who gain access to centralized databases. With blockchain, we can create a decentralized system for identity management that makes it much harder for hackers to steal sensitive information such as social security numbers and credit card numbers. Employers can verify employee information with blockchain products like IDCERTin using KYC, 2FA and more.

Smart contracts are digital agreements that are enforceable by code. With blockchain, we can create tamper-proof smart contracts that cannot be changed or modified once they have been agreed upon by both parties. This would eliminate the need for third-party intermediaries such as lawyers and notaries while also making contract disputes easier to resolve. SignCERTin allows you to sign documents securely while on video calls or over messaging, making them legal and binding in addition to being immutable on the blockchain.

dApps are decentralized applications that run on a blockchain network. Unlike traditional apps that rely on central servers, dApps are distributed across a peer-to-peer network. This makes dApps more resistant to censorship and downtime while also giving users greater control over their data. Video games are now one of the most common uses of dApps with over 56% of blockchain usage predicted to be associated with gaming.

BlockCerts has many dApps, for enterprises or personal use . These include secure messenger services like IMCERTin, encrypted video calls over MeetCERTin, and more.

BlockCerts Founder, Tim Vasko shared his thoughts on blockchain in his recent YouTube video "Beyond the Crypto Hype", reiterating that this is a "perfect time to get back to the future." 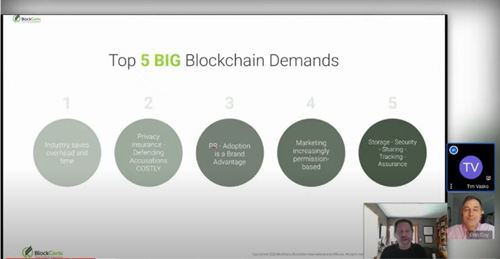 Cryptocurrency is barely scratching the surface of blockchain use cases, and as we watch bitcoin reach an all time low, there has never been a better time to showcase how blockchain is the foundation of Web 3, Web 4 and beyond. In the next phase of the internet, blockchain will lay the foundation for secure and transparent transactions across a variety of industries. This will lead to a more efficient and democratic internet that benefits everyone involved.

Interested to see more about how blockchain can work for you or your business? Contact us to learn more: [email protected]