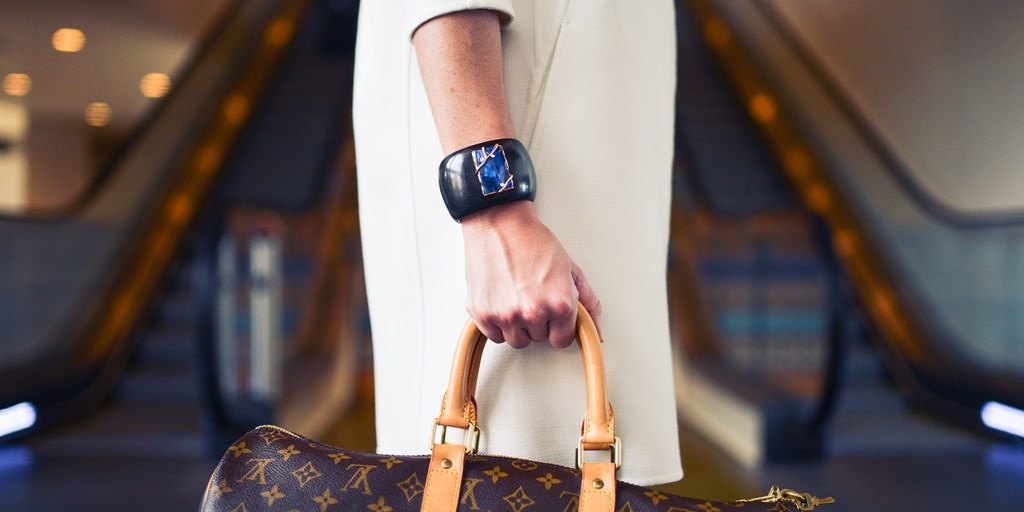 The blockchain is no longer secluded to the realm of computer geeks and Bitcoin obsessed businessmen. It’s cool, on trend, and dare I say fashionable. But you don’t have to take my word for it. Just ask Louis Vuitton. Last month, the luxury brand powerhouse took a major leap into the world of blockchain, following new strides in healthcare, real estate, and just about every industry out there.

LVMH, a merger between Louis Vuitton and Moët Hennessy, maintains a collection of seventy luxury brands today, including Fendi, Christian Dior, Givenchy, and Marc Jacobs. The multinational fashion house (if not mansion) is soon to launch a new blockchain platform that will track and verify the authenticity of its products.

For those of you who are new to the topic of blockchain, here is an earlier article and video that describes blockchain really well. The blockchain is a distributed database that operates on numerous ‘computers’ across the world. Like separate puzzle pieces spread across the room, data is spread across a vast network in a decentralized, rather than a centralized manner, making information incredibly difficult to manipulate. Each puzzle piece “block” is encrypted and each block is chained to the block in front and behind it through additional encryption.

If each puzzle piece makes up the wider picture, each block, or piece of digital information makes up the entire chain, which is stored in a public digital ledger. Each block stores information regarding any transaction that takes place. That information becomes automatically time-stamped, providing the date, monetary value, and information about who is involved. Any record cannot be altered after the fact, without also altering other previous blocks in the chain. This sequence of chained blocks creates an immutable record to stand against time.

How will it help big name brands like Louis Vuitton, Christian Dior, and Bulgari? The answer’s pretty simple – trust. LVMH will leverage the immutable nature of the blockchain to fight fakes and provide a thorough trail of ownership from conception to delivery. After all, blockchain was developed as a means to authenticate transactions.

With this tracking mechanism and transparency creating a digital record of events from the supplier of materials down to the retailer and purchaser, each luxury good can have a stamp of authenticity, it’s unique fingerprint if you will. That can be via a QR code or a number of unique identifiers. With this fingerprint, a consumer will be able to see a product’s life story. That can include everything from where the material was manufactured, where the leather came from even back to how an animal was raised humanely, how supplies meet fair trade or “green standards”. Now each good can carry the story of who made it, how it was made, where it was made and other details that might be important to the buyer.

The blockchain is here to fix one of the greatest fashion faux pas of our time, inauthenticity.

The luxury good’s fingerprint will allow a manufacturer to provide a greater control over “authenticity”, while providing the purchaser the assurance that what they’re buying is the real deal. This will make it more difficult to counterfeit and easier to tell which goods are a fake. Now companies and authorities will be able to control and prosecute those who sell counterfeits without authenticity.

How is Blockchain Changing the Supply Chain?

At BlockCerts Blockchain, the Supply Chain activity is picking up steam. Whether it’s an issue with counterfeiting or a lack of transparency along the supply chain, companies are desperately seeking a solution to bring the supplier and retailer closer together. Working with a company called Reterms, that handles trading terms in retail, it’s fascinating how the blockchain is transforming an antiquated process using the Reterms software solution.

Today there is duplicate labor along the supply chain, a lack of transparency in tracking, inefficient payables processing, disruptive dispute management, and incomplete trade promotions, all leading to huge losses in profits. Blockchain is allowing each entity within the supply chain to come together to solve those issues. For the C-Suite, this becomes an especially welcome change to manage their companies more effectively and provide greater assurances in the boardroom.

Working Towards an Economy of Trust

While perhaps less glamorous than Louis Vuitton or Christian Dior, we are all working towards the same thing, what I call the economy of trust or ‘Trustenomics.’ For me, the blockchain does what previous markets have been unable to do. It removes the burden of trust from human interest and puts it on a transparent platform instead.

The blockchain really does clean-up many of the problems that the internet created. Sure, the internet brought amazing benefits to the world, but it also brought new problems we were never faced with before. Protecting our own data, company data attacks, fake reviews, fraud, scams, phishing.

In an era of ‘fake news’ and large-scale data breaches, trust has become one of the greatest challenges for our world. It is also a value that is most deeply ingrained in our culture. On every dollar bill or 100 dollar bill “In God We Trust” is right there. It has become the backbone of our economic system and a part of every exchange we engage in. But maybe there is a new currency ahead of us, one that is less subjective and a lot more global-minded.

In Code We Trust