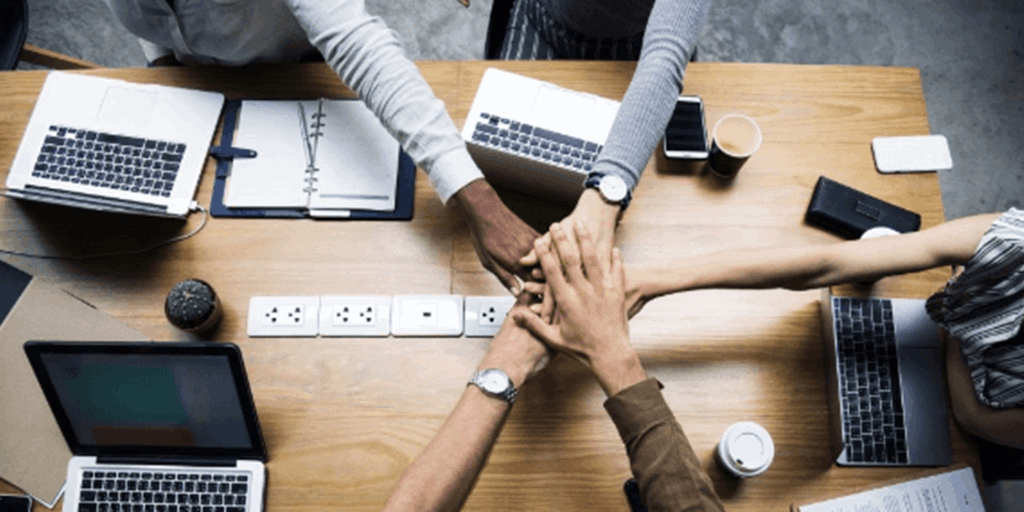 In the age of Fake News, it seems potential biases of journalistic media have become a common cause for concern. As a strategy of the Trump Administration, “Fake News” is an epithet employed to attempt to disavow and discredit any reporting that does not suit the President’s agenda, or his selective memory. That said, it is nevertheless important to approach any media with some degree of skepticism. Any mainstream media is of course necessarily driven by an agenda– it’s called revenue. There is a lot of good reporting out there. But, misleading stories that leave out contextualizing details, and alternate perspectives, are far from scarce.

Lately, the stories emerging from the financial sectors of the mainstream press, while not necessarily “Fake News” are most definitely “Incomplete News.” This is particularly the case when it comes to reporting on the shift from a traditional centralized economic model of establishment-based banking and financial markets, to decentralized digital platforms.

Recently, both Bloomberg and Forbes have published stories singing songs of doom and gloom surrounding the ICO market. Pointing to the failed cryptocurrency offerings that have emerged over the past few years, they cite statistics sure to leave even the most enthusiastic crypto proponents with a sense of unease. For example, one article from Bloomberg states, “more than a thousand digital currencies have failed…” noting this has “[lost] investors billions…” While it is accurate that has been much “lost” in the wild ride of recent digitally decentralized markets, much ground has been gained in re-creating a better economic model with blockchain.

The evolution of these new “digital economic” markets in fact is directly tied to the lessons gleaned from the far more profound losses of the financial crisis of 2008. Indeed, that economic crisis belongs to a history of financial misconduct originating at least as far back as the fraudulent Wall Street practices that began, in recent history as early as the mid-1990s – certainly long before then as centralized authority over wealth has reigned.

Let’s recall the climactic event on September 17th, 2008, when Lehman Brothers failed, leaving “$691 billion in assets gone,” CNN. This event was the largest bankruptcy in history. Before that, former Wall Street darlings, Enron, WorldCom, and little-known Finova Capital set record bankruptcies in the early 2000s. Like the Guinness Book of World Records, public companies, once stars in their industries have cost the global financial markets trillions when ‘found out’ in their practices of cooking books and speculating with shareholder dollars. To put the single failure of Lehman in perspective, the losses of this firm were greater than the entire market cap of the Cryptocurrency market at its peak. This includes BitCoin and all the rest.

The failure of “audited” public companies gave rise to BitCoin – this new method of building digital trust economics, and financial systems, predicated on the removal of centralized control in favor of a distributed immutable trusted ledger called “Blockchain”. Thus, it is paramount that before we are too quick to “buy” the story of failed Cryptocurrencies, we keep in mind that in just three days an estimated $2.5 Trillion in market value was lost in 2008. The total “conservative” estimate placed total costs at $12.8 Trillion in market value losses, during the recession that ensued according to the Daily Ticker.

In 2017 approximately $6 billion was invested in ICOs, an attempt to remedy organized fraud and control that devastates retail investors in existing financial markets. That’s less than .005, or one-half of one percent, or just the estimated losses in market value from the banking and Wall Street led to the collapse in 2008.

In my and many others’ opinion, $6 billion, is a very small price to pay to get the world to wake up to the benefits of Blockchain, the most significant outcome of Bitcoin. This is perhaps why famed VC Andreessen Horowitz just announced a $300millon dollar fund to invest in Crypto and Blockchain according to Wired. Clearly, professional investors see the writing on the wall clearly. They perhaps can foresee and are willing to bet, that the ICO phase of Bitcoin’s evolution was a necessary first step. This while retail investors are “being warned” of the purported bust.

Inventing the cure for the issues plaguing our markets from centralized authority cannot come cheap. Yet the benefit of a distributed, decentralized, Trust Economy is clear. And, the upside is yet untapped, with many other industries that hold a similar centralization profit model, manipulating margins for the sake of profit (e.g. health care, pharmaceuticals, food supply chain to name a few) are ripe for disruption with Blockchain too.

So, before we “buy” the “Fake News” stories, or “Incomplete News” that is written to boost the favor of ad revenues to reporting entities, paid largely by the existing firms that stand to be most challenged by Blockchain, let’s understand, more about why Bitcoin started, and subsequently, why Blockchain is taking off.

Let’s consider some of the most notorious frauds in the history of Wall Street. Starting way back in 1929, the insider trading laws were established as Albert H. Wiggin Chairman of Chase Bank (J.P. Morgan Chase predecessor), short sold 40,000 shares of his own bank to amass a fortune (about $5.7 billion in today’s dollars). Insider trading wasn’t illegal back in 1929, and thus in 1934, the Wiggins Act was passed to place penalties on insider trading. “The 10 Biggest Wall Street Busts of All Time” by Sam Becker provides a great summary of some of the most infamous names that have run away with the cash.

Unfortunately, the trends of violating position and trust when it comes to money, in banking, on Wall Street, and in health care, haven’t changed much in the last nine decades. These well-established, audited, public reporting, companies, affected many more people lively hood, savings, and retirement accounts than 2000 times the current “risk capital” that has been put into the cryptocurrency markets.

Indeed, “new markets”, while risky and certainly not without their own problems, (for example, the credibility of the ICO players being questionable) have legitimate players, thinkers, and technology development companies trying to do something market regulators of all forms have historically failed to do. This is, to remove the burden of ‘trust’ from the hands of people prone to fraud and greed and put it into a distributed ledger for transparency and decentralized control. This is the riveting change that Blockchain is poised to make in the re-formation of capital markets and the trust-based economic ecosystem. And it is why many billions are forming around blockchain technology.

We have trusted banks, accountants, and institutions structured to handle our finances, health care, and insurance for over a century. And, frankly, it hasn’t gone great. We have trusted Wall Street and reporting formats. Unfortunately, some might say “finally”, trust, today, is at an all-time low. When it comes to centralized power, and money, people have proven to be poor custodians of trust. With money comes power, and as 19th-century British politician Lord Anton has famously been paraphrased, “absolute power corrupts absolutely.”

With the latest market crash driven by the Wall Street investment and commercial bankers, we have seen the emergence of technological solutions such as Blockchain that coincidingly has been driven by the birth of BitCoin. With the computational power we have on the Cloud today, and the underlying technology of Blockchain, we have begun a path that allows for financial rewards that distribute power. No longer will one ledger rein absolute in some inaccessible, opaque centralized authority. Instead, trust rather is poised to be distributed, transparent, and diffuse through blockchain distributed ledger technology DLT.

Once power, supported by some of the largest accounting and law firms in the world, who have turned a blind eye, firms that thrive under the protective veil of “client privileged” information, in the name of fee revenue (as the recent high-profile case in the USA with the President’s personal attorney now under attack by the Justice Department demonstrates), is distributed into code, the playing field begins to level.

An investigative reporter from the United Kingdom, Richard Brooks, has recently released his exposé, “The Bean Counters: The Triumph of The Accountants And How They Broke Capitalism”. Following this publication, you can expect to see similar revelations, as Blockchain reshapes the economics of entire industries. As ‘TrustEnomics’ (which is the working title of my upcoming book – you can ‘pre-register’ to follow the book's evolution if you’re registered at www.Blockcerts.com), become more normalized, we will see increased transparency and immutability on the ledger.

With the computational power we have on the Cloud today, and the underlying technology of Blockchain, we have begun a path that allows for financial rewards that distribute power. So, the next time you read about the “volatility” or “fraud” of BitCoin, as stated by the current J.P. Morgan Chase CEO, Jamie Diamond (recall ‘insider trading’ was defined by the first CEO of Chase), remember what Bitcoin and Blockchain have been invented to accomplish. It will take some time, it will take some R&D – but you can bet that this wave of innovation in ‘Trustenomics’ is here to stay, and there will be a new format for business models and the financial models that underpin them.

The upside far outweighs the historic downside of a system that no longer has a future with centralized power that consolidates and corrupts absolutely. This is the only way forward for an ever-expanding population that needs economics, business, jobs, financial investment, health care, global distribution, and regulations based on trust that we can well, trust.