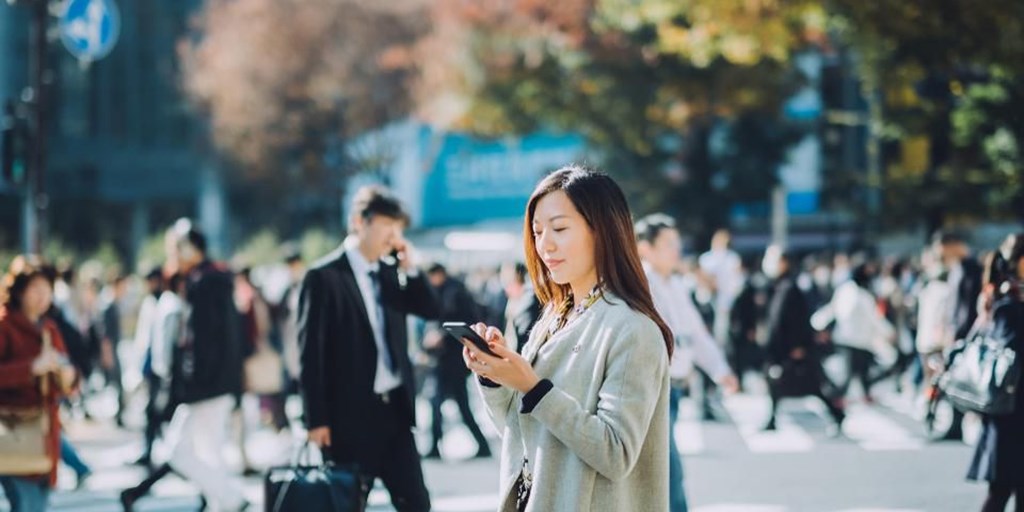 While the U.S. has been focused on the turmoil of presidential politics and the discord of trade war sanctions with China, a digital trade war is quietly taking shape. I believe the impact of the coronavirus will embolden this actual trade war as people stay quarantined in their homes and drive the economics via applications and data on the internet.

A technology-driven tsunami is flooding the West with innovation. The most advanced technology is no longer created, envisioned, invented, delivered, owned or dependent on the U.S. From Alibaba to TikTok, the real trade war is underway, driven by everything from memes to the impact of digital financial services.

In China, commerce and business move at a lightning pace through the amazing power of connections behind the "Great Firewall" of China.

From behind this wall, the evolution of technology is vast, and it extends into trade in every industry sector, without the need of a physical presence. The digital economy is largely immune to traditional trade sanctions.

I’ve spent many years establishing a global, distributed workforce and creating and exploring connections throughout Asia. These haven't been treks to the far reaches of the Himalayas or the outback of India; rather, my explorations have taken me to technology accelerators, conferences and digital think tank gatherings, through cities served by Uber and rickshaws. Mobile devices proliferate the economies of Asia. Economics is connected without the need for physical money or a plastic credit card.

From Shanghai to Mumbai, Singapore to Bangalore, the evolution is clear: The Eastern world is running on a digital economy. I believe mobile devices in people's hands far outstrip the capabilities of the banks in North America and most of Europe. Finance, production, selling, shipping and payments are all connected via mobile apps. The flow of processes and data cannot be blocked by travel bans or tariffs. These apps track and service everything, from delivery to payment, via billions of unique QR codes. The originating country can be anywhere on the globe. Digital data can easily modify the place of origin and engage in large-scale shipment and sales, from source to digital shelves like Amazon and Alibaba.

The massive evolution of how advanced the East is compared to the West in the digital economy became clear the moment I landed in Shanghai. A noodle bar in Shanghai, in the old French Concession area of the city, was jam-packed.

I pulled my Platinum AMEX from my wallet. I didn’t get my ancient form of payment across the counter before a gaze from the woman at the till that said, “You have to kidding me.”

“Ah, they don’t take AMEX,” I thought. So I reached for my HSBC MasterCard. “This will do it,” logic told me. My second attempt made me look even more incompetent, foreign and outdated. I was waved off like an irritating fly, as if to say, "Move on — there are real customers waiting in line!"

I stepped aside and watched. One after another, mobile devices of all brands, shapes and sizes flew in front of the menu. QR codes handled all aspects of ordering and payment. The only paper was the receipts handed to servers from the patrons, who were ushered to seats at the packed tables.

Mobile apps scanned the QR code displayed on the register. “WeChat” and “Alipay” flashed again and again at the paper QR code taped to the register. Finally, I spotted someone who pulled out some paper money. Grudgingly, the efficiency master at the helm of the till accepted the cash and handed over a meal slip.

After 30 minutes, I discovered a nearly extinct terminal in China known as an ATM. Out flowed some cash yuan — I was back in business! The hunger pains took over erasing the humiliation of being the founder of a blockchain and fintech company who was caught using an outdated plastic card to attempt to buy food in China.

The Western world is largely bound to systems, institutions and a regulatory framework that leaves our economics lingering in the dust of credit card terminals. In the East, the world is driven by the latest in mobile, digital payments and rapidly emerging blockchain tokenization.

The power of the digital economy of connections extends beyond speed and efficiency. Ubiquitous commerce across the globe via networks make it possible for goods and services to flow from all corners of the earth. However, the tracking of data, especially across China's Great Firewall, is nearly impossible.

The future of trade, from source to sale, product to payment, requires a solution to allow authenticity to measure and balance trade. Trade can no longer be measured through the standards of how gross domestic product GDP calculations have been for the past century.

The solution is to deliver authenticated data. The knowledge of the product, the people, the place of origin, the chain of custody and the digital payments that accompany every link in the supply chain. The emerging frameworks for solving the verified trail of data that drives global trade is called blockchain.

Digital ledger technology is capable of delivering the data authentication from delivery of supplies, source to sale, as easily and quickly as a payment using a QR code and mobile device. The efforts of governments to put in tariffs and control economics with century-old tactics is about as effective as trying to use credit cards to buy noodles in China.

Furthermore, machine learning, analytics and artificial intelligence are other forms of tech available today that can be modeled to drive a more logical approach for industry and governments to engage in more efficient measurable economics.

Technology has changed the way trade happens — a lesson that can be learned at a noodle bar in China.