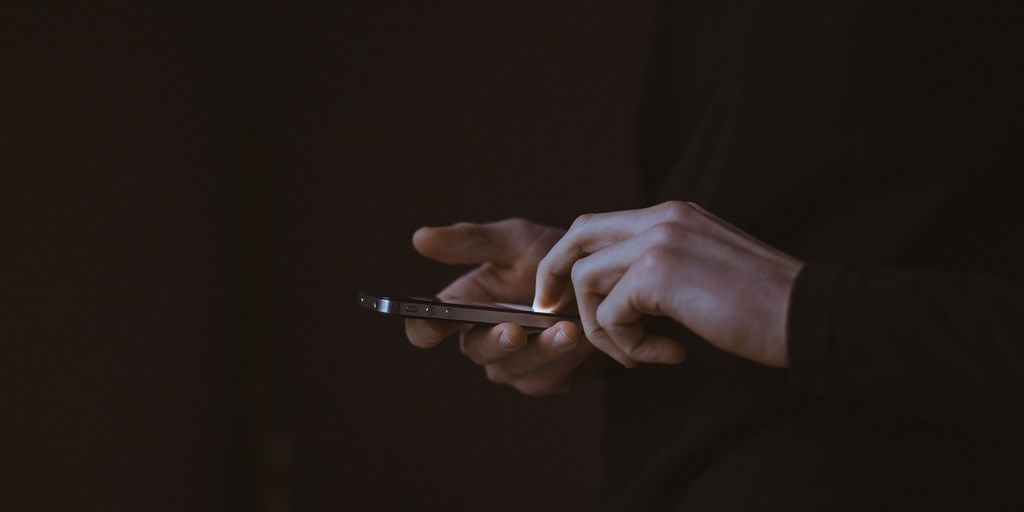 If the richest man in the world can be hacked and blackmailed, what will the future look like for the rest of us? Infidelity, a divorce settlement in the billions, juicy details about the Enquirer vs. Washington Post and political engagement aside, a deeper question resides at the heart of this visibly fascinating, complex and media-rich infotainment.

Is there any hope for privacy? As I shop around my Amazon account, as I see Ads pop-up in the middle of every article I read, and as Google algorithms capture my every search online, there is one thing on my mind. The same thought persists as I send a text from my iPhone using iMsg (the only reason I continue to use an iPhone is so I can be an insider “blue” bubble, instead of a “green” outsider with my family). Being in the business of authentication and privacy, I always wonder how many people truly consider what we’re giving up with every search, share, message sent and message received.

From email to messages, from searches to social, our every move online creates a breadcrumb profile, leading to the finest details about our lives. Ok, we accept that for the most part, we have no privacy when it comes to communicating in our personal and professional lives. But, what about the things that we do want to keep private? Cheating aside, aren’t there other bastions of our lives we should have a choice to keep private, for clear and obvious (if not sleazy or sinister) reasons?

Back in 2013, Edward Snowden, a former contractor for the CIA illegally exposed information about the Five Eyes Intelligence Alliance (FVEY) comprising Australia, Canada, New Zealand, the United Kingdom, and the US. He shared that the alliance was in collaboration with large Telecommunication companies in order to have surveillance over just about every bit of communication that passes through the airwaves. Fleeing the laws of the land, Ed’s now semi-permanent asylum perch in Russia demonstrates how seriously the US considered his violations and acts of espionage.

The Limitations of Tech

Got it. We need to protect the world against terrorism, money laundering, and illicit activities. But, what about the more mundane stuff, which, like the Bezos affair, make the front page of the National Enquirer? While the media exposure was possibly politically motivated, in reality, the media fodder does not pose a real threat to anything but the personal embarrassment of the head of one of the most successful tech companies in the world.

With all of this tech and a guy that controls one of the most technically advanced companies in the world (Amazon), wouldn’t you think Bezos could have leveraged tech to more discreetly handle his own private life? Apparently not!

While it’s not immediately obvious, the enthralling love triangle between the mistress, Mr. and the soon to be Ex-Mrs. Bezos shows why the world so desperately needs blockchain as the next iteration of the Internet. Connections that are legitimately private, that help and do not harm (the hearts of loved ones excluded) are sorely needed in our world. In short, we need “moderated” trust that we can conduct our lives on an equal playing field. We, at the very least, deserve to be able to make our own decisions without being exploited for profit, political gain, or personal blackmail.

On the blockchain, we can accomplish all of this and protect everything from our personal lives to our credit scores and credit cards to the work we create. Today, credit collection agencies are driven by giant banking and billing mechanisms. These agencies have no accountability for due process driven by identity theft, basic computational errors, or hacking catastrophes (such as Equifax) that put hundreds of millions at risk. In the case of intellectual property, Non-Disclosure Agreements are often difficult to enforce, and even more difficult to protect when it comes to asking, “Whose idea was it first, anyway?”

These questions come up in our everyday lives as we send important information by email, IM, share files, share documents and electronic signature agreements by PDF. In reality, we really don’t know who might intercept for whatever reason. We don’t even know that the agreement we sent via PDF is really being signed, or agreed to, by the person it was intended for.

The media is powerful and so are computers. The giants like Facebook and Google, Apple, Equifax, and Amazon that control these mediums of communication are seemingly untouchable, unstoppable. And yet, blockchain technology holds many of the answers to, if not a complete shut down of this power, a new path to privacy, trust and security, as well as transparency where it’s needed.

Transparency is something the Paparazzi has taken care of for years. Though, in this case, we really don’t have any rights to the text messages between individuals, as juicy as they might be. When does transparency then become helpful, rather than intrusive? When it involves the risk to life, or national security, the safety of children from abuse, yes, we certainly do need transparency.

Where the Blockchain Comes In

Blockchain can authenticate people and then allow them to conduct their business and lives privately, with de-identified flags that trigger on certain types of transactions. This means that a red flag can stop and monitor certain transaction “types”, but will never allow the private information, say a cure for cancer, or a legitimate financial transaction to be stopped.

By authenticating and then encrypting, we solve the breach of privacy in a big way. We do this through private keys that the user controls, rather than a centralized authority. Of course, from here, I could go into all the ways this works. But there are mountains of technical articles, research, and white papers that do that job. More importantly, this commentary is about the costs we can avoid and the type of “infotainment” that’s OK.

While I reserve comment on what Mr. Bezos is dealing with and why, I must agree that this sort of blackmail and media information, which is controlled by large enterprises as it historically has been, should be at an end. Deep pockets have always been able to crush the little guy, as I found out all too well a few decades ago. But, when they can get to the wealthiest in the world and bring private text messaging public, the tide has turned, and not in a good way.

The Power of Choice

This past week, we saw that Facebook has been banned in Germany from pooling user data without consent. Mirroring these violations is an up and coming movement in China. As reported by Bloomberg, the Chinese government is controlling people by distributing select and targeted social media to enforce compliance. Now, do we really want our private lives to go the way of the Chinese?

These are the deeper questions when it comes to the Bezos debate. The question of what we “consent” to be shared, and what we, as individuals choose to encrypt, keep and protect in our private business and personal lives.

Blockchain is an evolution. It started with currency but has gained the capacity to answer much bigger questions than those about financial transactions. Things like, can I send a document and ensure the person on the other side signing, really is who they say they are? Can I send a private instant message and attach private information safely? Can I attach payment and ensure that it reaches only the person it was intended to reach, without the “man in the middle” problem? Can I share my research discovery with colleagues and be sure that the emanation of the intellectual property is always registered with me? And yes, can I keep my private life, private messages, truly private?

With BlockCerts blockchain, this is what we have developed, and are committed to developing. Where there should be authenticated privacy, it should exist in the world. Where there is a reason for transparency, I’m fine with making a small sacrifice too (sometimes, I like that Google provides those ads for holidays gadgets I’m searching for and personally, I’m fine with the profits derived from advertising). Where the government should maintain control, over the distribution of Marijuana, for example, so it should be. In places like Canada where it is legal, sales to twelve-year-olds and illegal supply are NOT ok! That’s the type of transaction BlockCerts can stop before it happens in the first place.

Beyond the lessons we all have to learn in our personal lives, I hope that technical leaders like the Amazon head, Bezos, and the Facebook head, Zukerburg begin to let the message sink in.

There is a place for analytical engines to refine consumer behavior. There is a place for transparency and there is a place for government regulation. But in the midst of it all, there is a better way to build trust in transactions than the consolidation of power and profit. Blockchain delivers a new paradigm for business and for privacy, for governments and for currencies, that eminently makes what should be public and used by companies or governments to be public. At the same time, it ensures that what should be private between parties in a transaction remains private, while creating a place where individuals can make the choice to keep their business and personal lives away from prying eyes and public distribution regardless of the size of their bank account or technological prowess.

Restoring Truth Where It Belongs

…Blockchain technology holds many of the answers to, if not a complete shut down of this power, a new path to privacy, trust and security, as well as transparency where it’s needed.TWEET THISBlockchain levels this playing field through trust, truth, and transparency where it belongs, in hashes and de-identified markers that apply to everyone no matter their station in life. Everyone deserves a “private key” they can turn at their discretion as easily as they lock their front door to keep their belongings safe at home. Security should be enhanced by as much smart camera technology an individual can control, without personal footage being broadcast on international YouTube and the pages of the National Enquirer.

There is a place for privacy and it is our right, our power to find it.