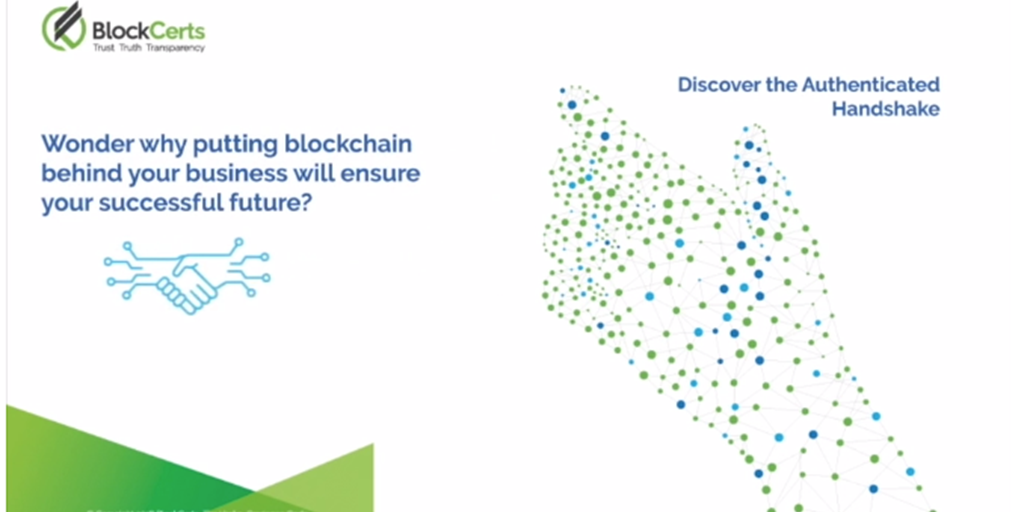 With blockchain becoming a popular topic in the media, many of us are beginning to wonder how to get our own businesses on the blockchain. Success stories of automation, security, and innovation continue to storm our newsfeeds and we all want in. But for many of us, it is all too easy to get lost in the lingo and leave without answers. At BlockCerts, we’re on a global mission to unite businesses with greater efficiencies and a new era of trust at every level. Watch the video and read further below:

In light of recent cyber-attacks, you may have heard of the big bad wolf known as centralization. Centralized databases store and maintain data in a single location. Facebook is one such example. The centrally controlled organization’s breach of trust impacted 50 million users. Although, it exposed an even greater issue in modern technology, centralized databases.

Now, we are beginning to tap into the secured potential of distributed technology. Decentralized databases distribute information across a complex network, across a variety of geographies. Once information is stored in a distributed ledger, it automatically becomes immutable and free from manipulation. Ultimately, distributed ledgers eliminate the need for a central authority and decrease the risk of attack exponentially. After all, with a distributed format, the attacker would need to attack all distributed copies simultaneously. Very unlikely!

Distributed Technology Becomes the Hero of the Story

Distributed technology has the potential to completely reconfigure the ways in which our governments, institutions, and businesses get things done. Today, more and more people are beginning to see that the old ways of centralization are failing us. At the forefront of distributed ledger technology, BlockCerts Blockchain is working to create solutions today, not far off in the future. With 1.7 million development hours under its belt, BlockCerts is prepared to deliver authentication (KYC) and Identity Management. It is ideally suited for regulations, compliance, and privacy of data, as well as businesses, and it is happy to share its age-old wisdom today.

Now for the Confusing Part…

When it comes to the blockchain, there are two things you should know. First, there is a public record anyone can access with a web link. There is also a private record of transactions that only those with Private Keys can access. Every transaction is recorded fully, according to the private key – public key QR Code flow. This creates a fully immutable record ‘signature’, developing greater accountability in compliance, tracking and review.

What BlockCerts Can Do for You

Leveraging the immutability of the blockchain along with additional security points, BlockCerts makes the impossible, possible.

At BlockCerts, we’re on a global mission to unite businesses with greater efficiencies and a new era of trust at every level. Gone are the days of “USE THIS SECURITY CODE XYZABC” which anyone can do, and anyone can easily get. Instead, you’ll be using an immutable distributed ledger that is secure and isn’t just pretending. In the story of the big bad wolf, you and your business will emerge the hero.