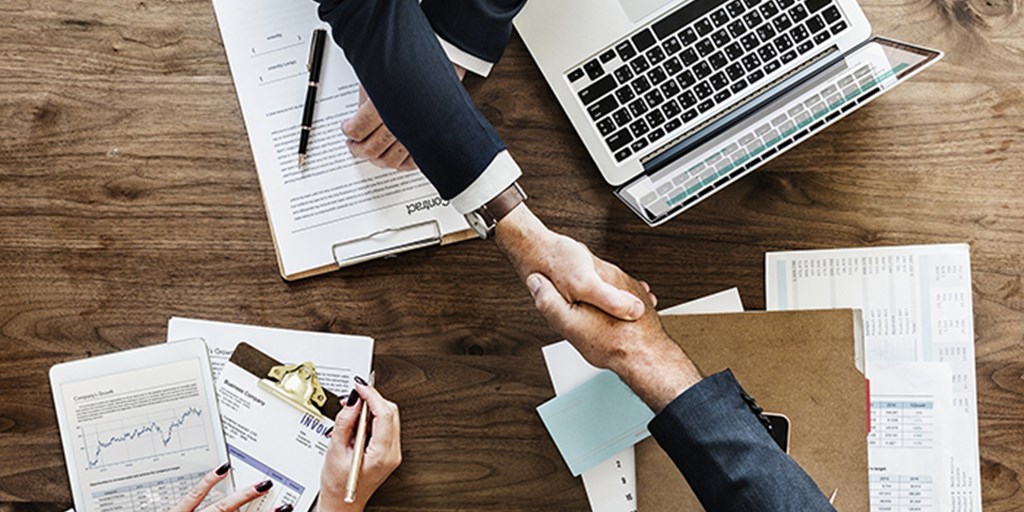 There’s nothing like a friendly handshake to establish connection in a business setting. It’s understanding, it’s accountability, and most importantly, it’s trust. Unfortunately, however, our handshake is quite weak with the online world, especially when it comes to personal security.

The data breach epidemic has gotten 100 times worse in the last five years and is costing companies $7.91 million per breach. It’s a devastating blow for a number of companies and thousands of consumers who trusted that their personal information would be kept safe. But what if there was a way to create an agreement of trust online?

Thanks to the security and transparency of the blockchain, businesses may now engage in what we call an ‘authenticated handshake.’ It starts with each person’s authentication and is sealed by a private key that only authenticated members (your customers and your team) can access. This not only guarantees that the documents and contracts you enter are valid. It also ensures that your business is in compliance with major laws.

Creating a digital identity takes less than a minute and you only have to do it once. A person’s Digital Identity is first established when creating an account. KYC stands for “Know Your Customer” (a banking standard).

Three-Step Authentication requires a government I.D., a Selfie, and another form of I.D., which are then matched to a database. Other forms of I.D. can be added based on a company’s requirements. 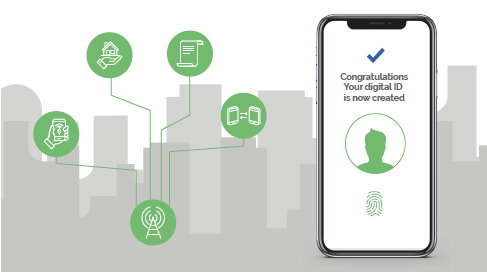 BlockCerts embeds digital identity for every user, smart contract, product or asset into the protocol of BlockCerts Blockchain. By doing this, the platform has a Proof of Authority protocol embedded for consensus – making BCBC the first fully authenticated blockchain with “Software as a Service” distributed applications.

The blockchain has a reputation as a complicated technology that can be hard to fully grasp. But don’t be intimidated. Utilizing the technology is just as easy as the current processes you use, only this way it is secure. (Netflix streaming video is also a complicated technology, but you don’t have to think about what happens in the background every time you click to watch a new movie).

When dealing with critical documents, you likely share documents via email. While email is the most ubiquitous format out there, it was never designed with your security in mind. Email came about during the early origins of the Internet and while it was a clever form of communication, it was never intended to be the cornerstone of our digital world.

Today, our email is our personal identification. It is on our phones, our servers, and our computers, but unfortunately, these are all places where our information can be easily compromised. By comparison, the blockchain was created with the primary intent to be secure.

A blockchain application like BlockCerts blockchain allows for the same ease as the old ways of email. It takes your most critical and frequently used documents and creates a template library where your team members may sign and views files and communicate via instant messaging.

What makes blockchain so secure? The blockchain is a decentralized database that stores data in an immutable format. It is also a peer-to-peer network, rendering the users of the platform the administrators, rather than a centralized authority driven by self-interest.

On the blockchain, your information is spread across a complex network like individual puzzle pieces. It becomes near impossible for hackers to then put these pieces together and access your personal information.

Getting Smarter With Smart Contracts

One of the most promising applications of the blockchain is Smart Contracts, used by businesses to automate and streamline activities. The database gathers the terms and conditions set between organizations and consumers. It then determines when those conditions have been fulfilled and facilitates next steps in the process.

The True Value of Blockchain

On the blockchain, your information is spread across a complex network like individual puzzle pieces. It becomes near impossible for hackers to then put these pieces together and access your personal information.TWEET THISThe blockchain isn’t just a technology platform; it’s an open source community that enables collaboration on a global scale. Another common misconception about blockchain tech is that it is intrinsically cryptocurrency. The value of the blockchain transcends far beyond that of a digital currency. Unlike Dropbox™ which charges based on a plan (whether you use it or not, you’re charged either way), a token like BCERTin is a pay as you go service. It is a pricing mechanism that ultimately powers an ecosystem of collaboration.

With blockchain technology at our fingertips, we may finally join together and restore human values to everyday business. Ready for a new era of trust and partnership? Let’s shake on it!