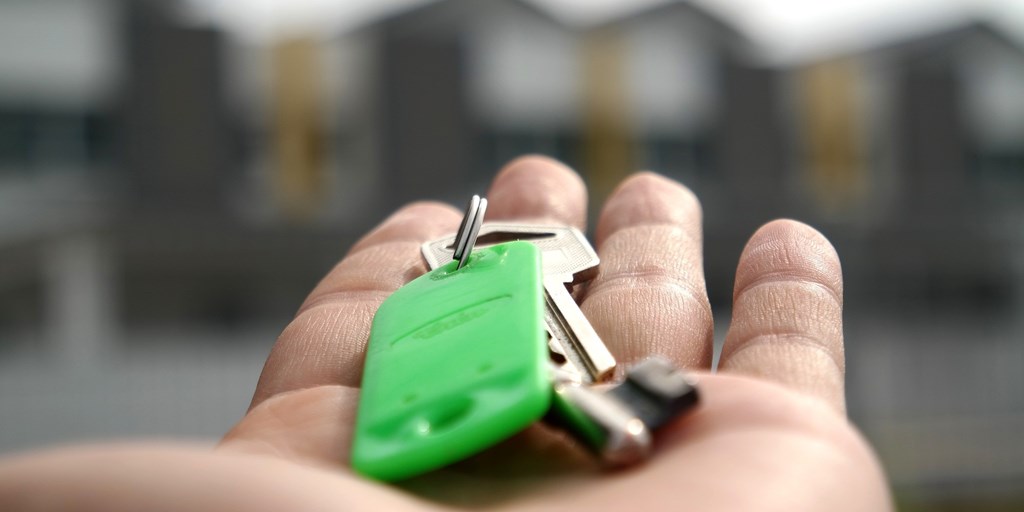 When the Economist wrote their article in 2012 on “The Great Realtor Rip-off” the world was still reeling from the fall-out of the great financial and real estate crash of 2008. By 2009, BitCoin based on Blockchain was out of the bag, though met with little attention and recognition. The world was too busy bandaging the financial wounds of sub-prime mortgages, banking fraud and fails, and pump and dump pre-sale real estate (all with the 6% commission gravy) to even notice blockchain.

I wrote and filed my Patents back then, about the same time the still unknown Satoshi Nakamoto was writing a white paper to launch BitCoin. I was just as disgusted and horrified by the manipulations and I decided to approach things differently. It all started with a technology platform and Patent approach describing what a distributed application, distributed data and decentralized “social media” would do with “chains” and “blocks” and Smart Contracts. I didn’t call it BitCoin or Blockchain. I called it Process Flow Chains, and Secure Virtual Spaces, and PERU as quoted from my Patent:

“Process Exchange Redactor User-integration packets (PERUTM) aka (PERU Gadgets). PERU is a model that describes the creation of how the chains across gadgets are created.”

As a technology architect and entrepreneur, I realized just as Satoshi and others did, that the models of centralized authority that held all the cards and charged all the fees were presenting an unsustainable economic model to the world. What happens when they run out of control? Well, we all know what things looked like in 2008 and the five years that followed.

So, in my Patent I describe a way to bring innovation to real estate, mortgage, and banking, using a distributed chain to create a seamless flow for the industry:  The direct quote from my Patent is:

“For example in a real estate and mortgage transaction, the traditional state machine would see the real estate agent receive an offer to purchase or sell and then the mortgage broker would receive the application for a mortgage. The traditional transaction occurs between the buyer and the seller. In using the present invention, the buyer interacts directly with multiple sellers. The buyer would self-qualify for a mortgage through direct interaction with the lender. Legal and title documents would be produced and shared between the lender, the lawyer and the title registry.”

Without reading the entire Patent I finally had granted years later (I discovered the Patent process takes years and is very costly), and without further “geeking out”, what this describes is exactly how a Smart Contract on Blockchain works for real estate and mortgage. It means removing the high cost of real estate commissions and fees and asking the question, do we really need real estate agents? No more than we need travel agents and we haven’t seen those guys for quite some time!

Yet, we continue to see the skyrocketing costs of real estate, as in the area where I live, Vancouver (Victoria) British Columbia, even while the Government has imposed a so-called “residency tax.” The residency tax is a tax on homebuyers who buy property and do not live on the property full time (as defined by the regulations). The tax is 2%.

So, while a typical real estate commission is 6%, instead of reforming the industry that drives up the cost of real estate, we tax investors and property owners and buyers. In the end, it is those who actually buy homes, pay taxes, and circulate money into the economy who suffer the most.

By wiping out the 6% real estate commission model, we would immediately gain three years of what the extra “tax” would bring. Assume a home sells twice in a decade. This means that with the new Real Estate tax, designed not to be collected, but rather to discourage investors and non-residents from coming into the market, we are pushing a tax out the state/Province won’t see. We are still allowing this home to turn over twice. That forces a valuation increase of 12% in a decade (1.2% per year) for the sole purpose of acquiring enough to cover the real estate fees on a break-even basis.

The simple analysis is that without these agent fees alone, the market could let outside buyers purchase and hold real estate on an equal basis with residents in my home Province or in any State. They could have a more efficient land registry, have a more fairly priced property and mortgage market, and scale the costs, rather than keeping up with inflated economic factors by way of extra fees.

So, in my Patent I describe a way to bring innovation to real estate, mortgage, and banking, using a distributed chain to create a seamless flow for the industry.TWEET THISThe math is quite simple, as is the story. On the Blockchain, as I Patented so many years ago, there is an end to “The Great Realtor Rip-off” the Economist described.

Smart Contracts in Real Estate – Mortgages on the blockchain. It’s a better model and it just makes sense for everyone (except the people making billions in fees that the rest of us pay for).

BlockCerts for Real Estate was discovered and described as a need many years ago. Today, we are making it a reality with the BlockCerts RealeStock model. If you’d like to learn more about how our communities are approaching real estate and mortgage banking please contact us on our industry page @ www.blockcerts.com/industries.