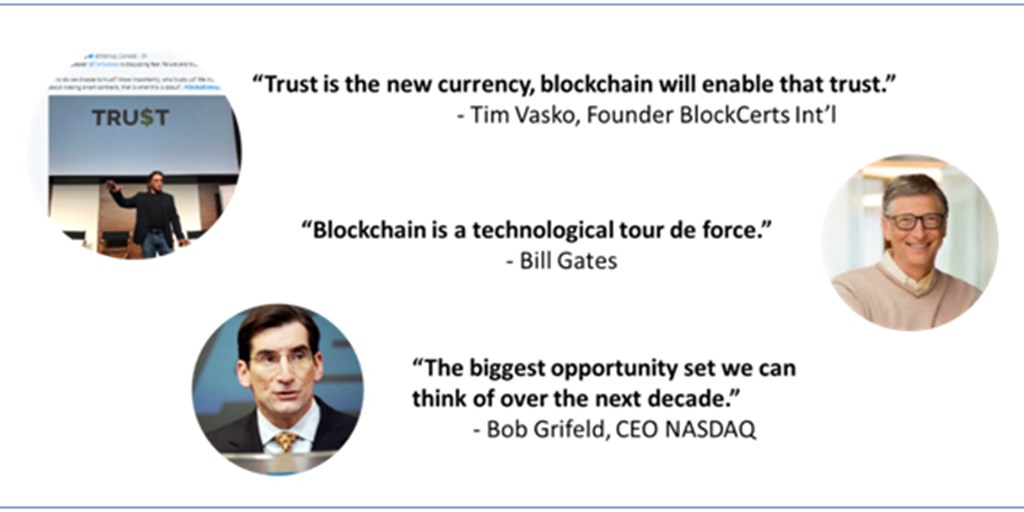 It seems as if everyone is talking about the potential of the blockchain. The transmission of funds without an intermediary was just the beginning. Just a year ago that seemed to be an obscure side show, today it’s becoming the main event. As governments, industries, companies, and individuals begin to see the true power of the blockchain, it’s only a matter of time until this disruptive technology reaches into every facet of our lives.

There are many signals that are now alerting us to just how important this technology is, how wide-reaching the benefits will be and how it will change how things get done.
Here are the thoughts of 20 industry leaders who see the transformative power of the blockchain: